Kingston, NY is a city of neighborhoods, and a city of history.  The earliest recordings date 1614 as the first trading post, set up by the Dutch at Ponkhockie, at the junction of the Rondout Creek and the Hudson River.
In the spring of 1658, Peter Stuyvesant arrived, and declared if the residents wished to remain, due to tensions between the native Esopus and the settlers, they must  build a stockade on high ground. 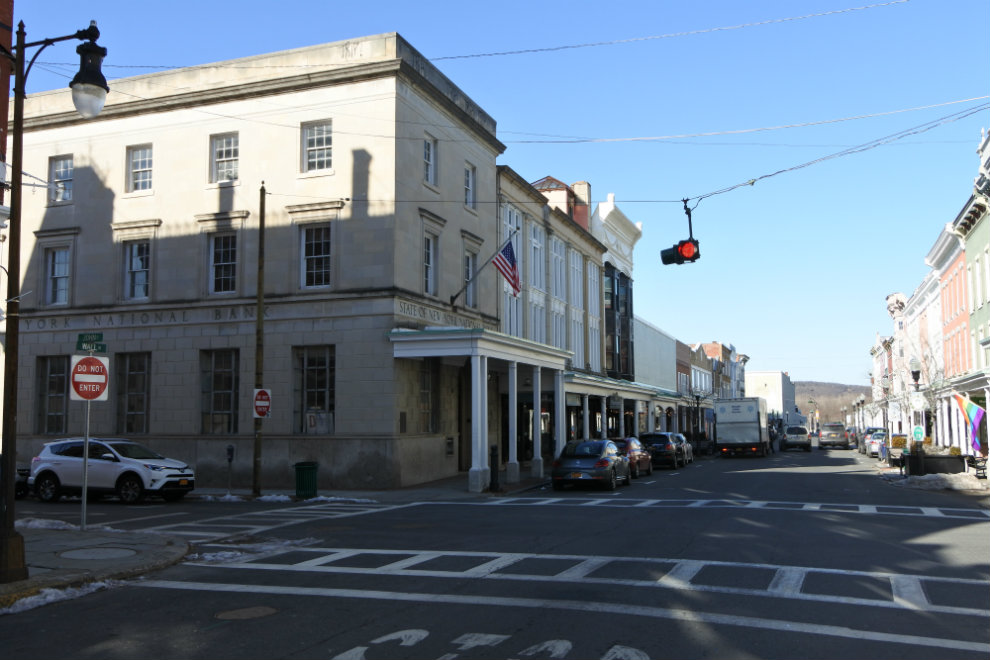 Today this is historic uptown Kingston, also know as the Stockade.  No longer under threat of attack, the stockade walls are down, and uptown Kingston welcomes visitors with its marvelous collection of restaurants, creative taverns, with many featuring the magnificent local production of Hudson Valley, and Rondout Valley growers, farmers, and the burgeoning supply of artisanal products that now source from them. In addition to the marvelous eateries and taverns, the retail scene on Fair Street, Wall Street, and North Front Street is rapidly changing and stepping up to reflect the architectural beauty of the neighborhood in the products they carry.  While window shopping, it will be certain that the proprietor will welcome you in with warm Kingston hospitality! 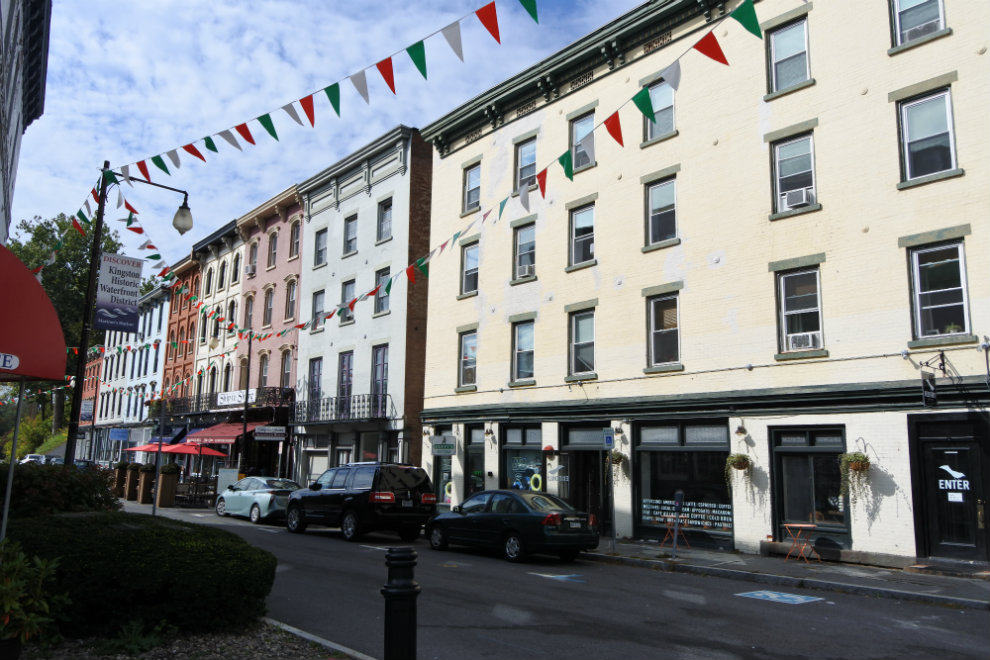 The West Strand and The Rondout-Prior to 1825, the Rondout District was a small farming village.  The construction of the D&H Canal first brought an influx of laborers, then an important mercantile exchange point.  Natural cement deposits were found throughout the valley, and shipped from this terminal point throughout the United States.  Today, the Rondout and West Strand is home to artists and galleries, restaurants, architecturally magnificent apartments built into the historic buildings, and the awesome Maritime Museum and Wooden Boat School, an incredible asset to the City, and a delight to visitors. 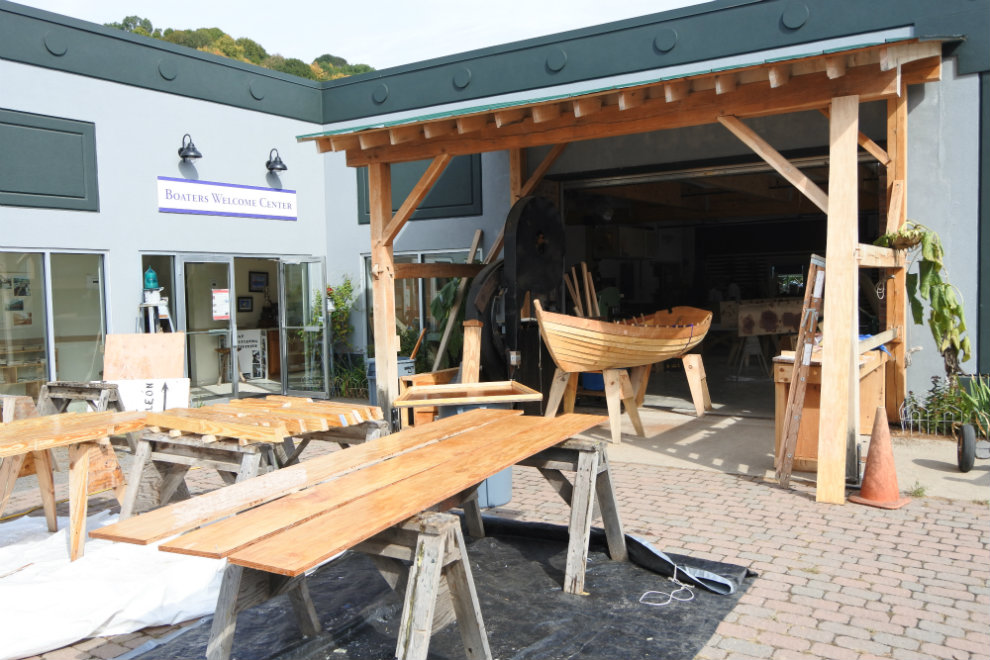 Twaalfskill- this hamlet, aka Wilbur, lies upstream from Rondout, where the Twalfskill meets the Rondout Creek.  This was the historic center of the Bluestone trade, vital to the development of sidewalks and curbstones in New York City.  The steep hills above the banks of the Rondout are home to great old houses, with views that are unique and beautiful.  The City of Kingston became official on May 29, 1872, with the merger of the villages of Rondout, Kingston, and the Hamlet of Wilbur. 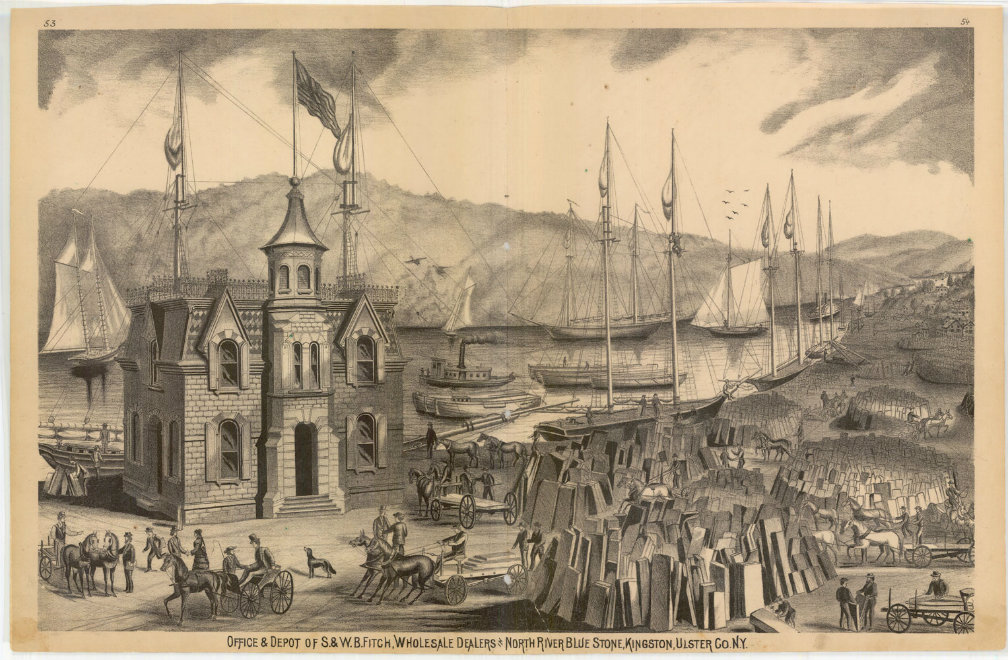 Broadway was developed as the link between Rondout and the Stockade.  Surrounding this transportation link, the miid-town district developed.  Mid-Town is the largest of the Kingston neighborhoods, and is home to Kingston High School, both campuses of the Health-Alliance Hospital, which is part of the Westchester Medical Center Health Network.  City Hall, housed in a beautifully restored classic victorian building is perched on a hill overlooking the entire city!  The Midtown Arts District was launched in October of 2016.  It is estimated that there are more than 400 people earning their living from the arts.  The art distirct is located on the axis of Broadway, Cornell St., and Greenkill Ave, and amongst the businesses that call the district home, is UPAC, the newly restored Ulster Performing Arts Center, the newly renovated Lace Mill artist housing complex on Cornell Street, and Galleries like the (P)optimism Shoppe and Artbar Gallery, both on Broadway.  Sprinkled amongst the art centered businesses lies a number of comfortable taverns and trendsetting bistros, including The Anchor, PAKT, and Peace Nation, which make for easy dining from one end to the other, on Broadway!

Previous
Preparing to Sell Next
Moving to Ulster County?

Thank you for contacting us, we'll get back to you shortly.

Sorry, we are unable to send your message at the moment. Please try again later.

Please provide your name and email

Thank you for contacting us, we'll get back to you shortly.

Sorry, we are unable to send your message at the moment. Please try again later.